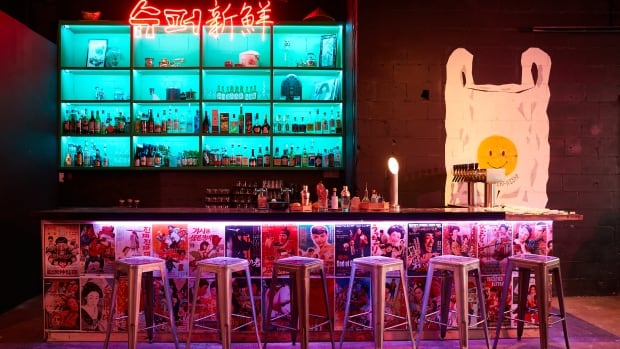 There is a new night market in Toronto – ultra-mature – that aims to offer a new cultural experience and create a safe space for people to celebrate and discover Asian cuisine.

Night markets have been a tradition in parts of Asia where it is so hot during the day that people prefer to shop and eat in the evening.

Super Fresh, located in the former Annex Food Hall at 384 Bloor Street West, honors those spaces as an all-day night market that includes several vendors centering on Asian street food, a bar, a bodega, and a pub.

“Being children of immigrant parents from Asia, we grew up a certain way, but we never felt like wanting or comfortable sharing a lot of the things we love. This space is really about bringing it all together,” said Trevor Lowe, a local restaurant and Super Fresh partner.

The idea for the superfresh started last spring when James Lee, partner and co-owner of Annex Food Hall, reached out to Lui.

Lee told CBC News that he and his company were struggling like many others with the pandemic, shutdowns, and losses in the food and hospitality industry. Add to that the rising hatred against Asians. This vacation gave him space to think about the changes he wanted to see.

“I think it was a bit of a crisis of conscience. When Trevor and I talked we said, ‘You know, something’s not right. Let’s make some changes and then we said, ‘Yeah, we want to make something Asia doesn’t count.'” Something we are proud of. “

At the time, Lui and Lee got together to partner with other restaurants Jae Pak and Dave Choi to help form their vision for superfoods.

The partners say their ideas have expanded from just a store to a place that represents their cultures, live experiences, and most importantly – people.

“We talked about making one whole space as a community hub, rather than having to go to different places for a nice cocktail, different types of Asian food, shopping, and community programs,” Lowe said.

Between five shutdowns, supply chain issues and labor shortages, Lee says the small team had to do a lot of work themselves that they wouldn’t normally do, designing and building the space from scratch.

One of the ways the team behind superfresh wanted to fill this gap was by finding vendors to suit different needs, especially Asian women.

Christina Buck was one of those people. owns Auntie’s Supply, A small Asian owned market located in downtown Toronto curating snacks and ingredients for Asian millennials.

Buck initially moved from California to Toronto to work during the pandemic and decided to open her business because she couldn’t find many of the Asian ingredients she needed to cook in stores in her local neighborhood.

“I’ve seen very small sections of the shelves at Sobeys and Loblaws but nothing has really been coordinated being a first or second generation of immigrant kids. So, I wanted to showcase a lot of those new brands that are made by people of my generation as well as hook in the traditional ingredients that I grew up with it,” Buck said.

This target community first approach is what Lowe says they chose to take with all the foods, vendors, and initiatives at superfresh.

He says they want to break the mold of what people think of as mainstream Asian food.

“No more chicken balls, no more just Korean barbecue. What we want to do is bring things into a community that people don’t have to search for like Indonesian street food. When it comes to Japanese food, we didn’t want to just eat sushi and ramen. Let’s make sandwiches. Katsu and chocoban milk bread,” Lowe said.

While May has been recognized as Asian Heritage Month in Canada, Lowe says their space launch aims to go beyond just 31 days to represent many of the diaspora.

“We sometimes struggle to have a unified voice, even as sellers, because of the way Asian food has been viewed over the years, even through prices and volume,” Lowe said. “So the perspective of building a safe space, in Asian Heritage Month, is to elevate who we are, knowing we deserve to serve and sell the things we think are worth.”

Lowe says the superfresh will also enhance the Asian culture of the GTA by partnering with members of the Asian community and hosting live events featuring local art, music, sports, and more.

He says that although Asians have been in North America for two centuries, as far back as the gold rush and railroad building in Canada, it took a long time for the Asian community to find a voice.

Lowe says he hopes to use this sound to help people understand aspects of Asian culture, society and cuisine with their space while also reconnecting people to their roots.

“We want this to be a place where everyone can come and learn about all the other things they don’t know about Asian culture, including the fact that Asia doesn’t mean Korean, Japanese or Chinese, and that there are 41 countries in Asia, including the foods, the cultures, the people who They stand behind it.”